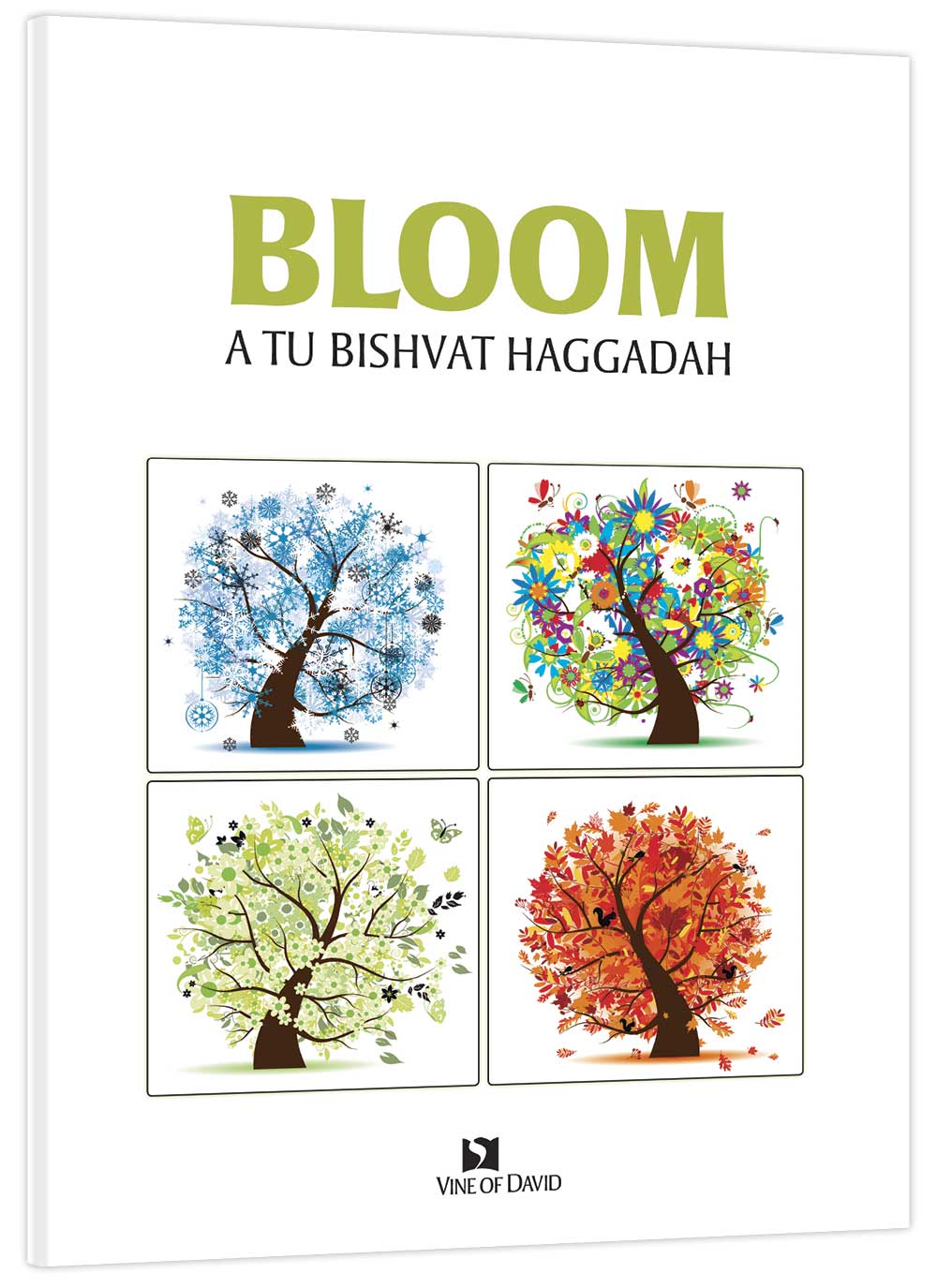 Tu Bishvat, the New Year for Trees, is a beautiful time to herald new life after a long and dormant winter. In the seventeenth century, a new custom arose to celebrate Tu Bishvat with a seder, a ceremonial meal inspired by Passover. Being a relatively new custom, there is no fixed or “correct" way to conduct a Tu Bishvat seder, and many communities have developed their own Tu Bishvat Haggadot. Though each one is different, they are typically structured around four cups of wine and involve discussion about the process of redemption and repairing the world.

Bloom, Vine of David's new Tu Bishvat Haggadah, is inspired by the story of the early pioneers of the modern State of Israel. This seder reflects upon the dreams of a Jewish national homeland in the Promised Land throughout the centuries and its culmination with Zionism in the nineteenth and twentieth centuries. Bloom is simple and not deeply mystical. It focuses the modern return of the Jewish people to their land as a part of the broader plan of world redemption.

Contemplate our Master Yeshua's heart of thankfulness for the land and his lament as he perceived its destruction. Share in the vision of the Messianic Jewish luminaries who longed to see that hope restored in the State of Israel, the “beginning of the sprouting of our redemption."

Learn about the planting of trees during the Sabbatical (Shmita) year of 5775 in this related video: