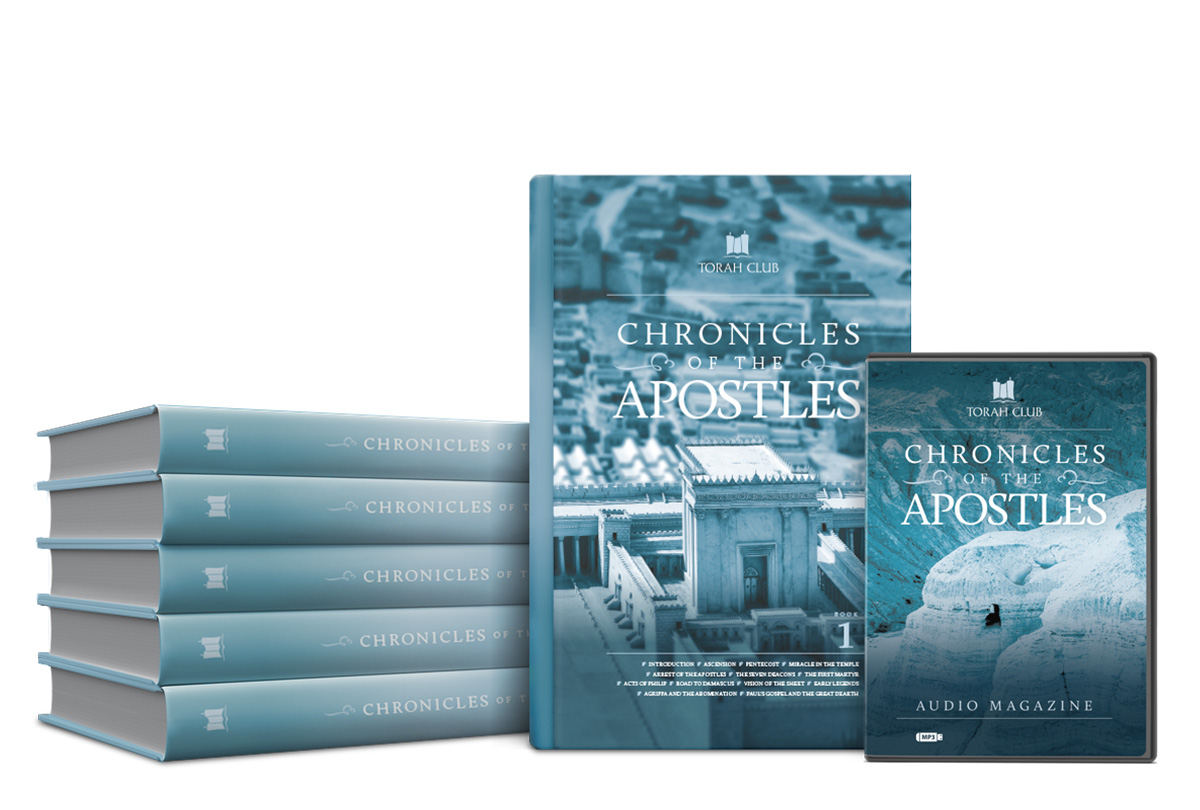 The five books plus appendices of Chronicles of the Apostles present Messianic commentary on the book of Acts with Jewish insights into the origins of our faith.

Follow the lives and adventures of the apostles beyond the book of Acts and into the lost chapter of church history. Study Jewish sources, Church fathers, and Christian history to reveal the untold story of the disciples into the second century.

Chronicles of the Apostles goes beyond the book Acts and opens the lost chapter of Messianic Jewish and Christian history. In a Bible study that reads like an epic novel, Chronicles of the Apostles harmonizes Josephus, rabbinic lore, and apostolic legends to tell the story of the martyrdom of Peter, the work of Thomas, the flight to Pella, the fall of Jerusalem, John’s exile on Patmos, the Roman persecutions, the second generation of disciples, the transitions from Sabbath to Sunday and from apostolic Judaism to Christianity. Rewind your religion and discover the truth about our Jewish roots.

This is an invaluable study source for every serious student of the Bible.

Chronicles of the Apostles Audio Commentary contains fifty-four audio chapters corresponding to the chapters in the written materials. The audio magazine supplement includes a short introduction to the material, an in-depth teaching on a subject from that week’s lesson, a segment featuring observations on apostolic practice, and a children’s story from the tales of the apostles.

Midrash: D. Thomas Lancaster expands on subjects selected from the commentary on that week’s material.

Tales of the Apostles: Tikvah Michael tells the children tales of the apostles from the book of Acts and apostolic lore.

Tales of the Apostles