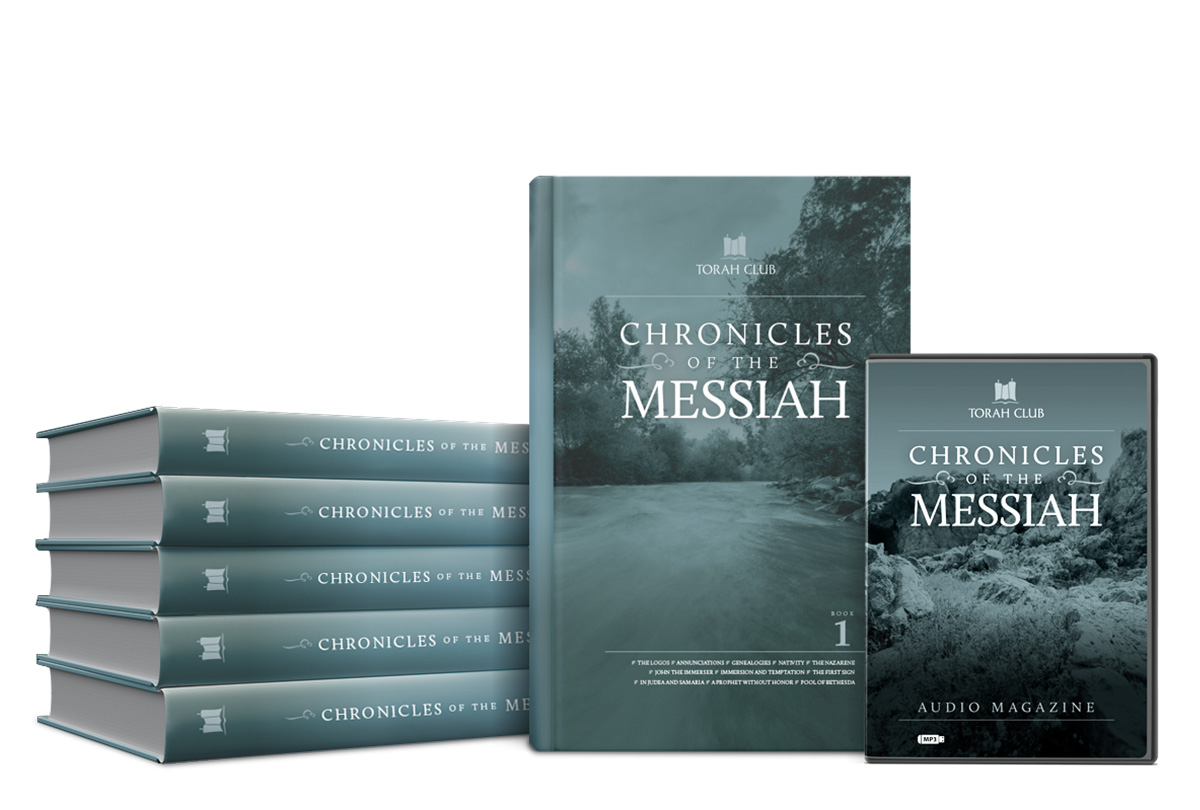 The five books plus appendices of Chronicles of the Messiah present an extensive harmonized study of the Gospels from a Messianic Jewish perspective, presented in a sturdy, hard cover edition.

Chronicles of the Messiah takes students on a passage-by passage study through the story of Messiah, reconciling all four Gospels into one continuous narrative, perfect for weekly studies in the Gospels.

This is an invaluable study source for every serious student of the Bible. 

Chronicles of the Messiah Audio Commentary contains fifty-four audio chapters corresponding to the fifty-four chapters of Chronicles of the Messiah. This audio magazine supplement includes children's stories which narrate episodes from the life of the Master, further insights on the gospels from the nineteenth-century Rabbi Yechiel Tzvi Lichtenstein, and discussions about passages from lost Jewish gospels. Each audio chapter contains a Midrash on the pertinent gospel reading, a Torah Kids children's story from the life of the Master, and a discussion about lost gospel Fragments.

Midrash: D. Thomas Lancaster sheds new insights on the life and teaching of Yeshua by presenting and explaining the previously untranslated Hebrew commentary of Rabbi Yechiel Tzvi Lichtenstein on the Gospels.

Torah Kids: Follow the adventures of Rabbi Yeshua of Nazareth and his twelve disciples over the course of fifty-four children's stories, all told from a Messianic Jewish perspective.

Listen to some sample tracks: