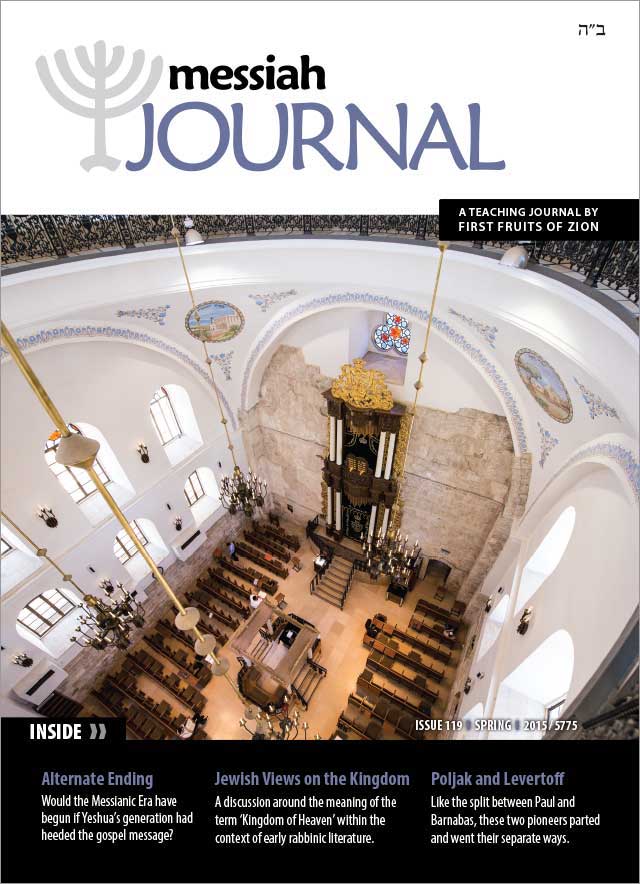 How the Gospels Should have Ended

What would have happened if Yeshua’s generation had heeded His message and repented? If Israel had accepted Yeshua of Nazareth and made Him King Messiah, how would God’s plan for the salvation of human beings have been accomplished?

In part one of this three-part series, Carl Kinbar looks at the tasks begun by our fathers, and how Jews and Jewish communities are uniquely entrusted to continue with this mission so that we can confirm the promises that God made to them. Engaging in these tasks is part and parcel of the meaning of Jewish existence: to be a source of blessing to the rest of humanity.

Paul wrote that Christ sought to create in himself “hena kainon anthrōpon” (“one new man”) in Ephesians 2:15. Christian theology often dissolves the ancient biblical categories of Israel and the nations, reclassifying all humans into another binary system comprising those who believe in Jesus and those who do not. What exactly did Paul mean by “one new man?” Each of the three words is discussed in this series with special attention to whether or not they speak against intra-ecclesial distinction of Jews and Gentiles.

The Kingdom of Heaven in Jewish Literature

The prase “the kingdom of heaven” is not a phrase that is familiar from the Hebrew Bible, because it does not appear in the Jewish Scriptures. The phrase is common only to the New Testament and to rabbinic literature. In this article, David N. Bivin and Joshua N. Tilton bring clarity to understanding this term in a Jewish context.

What compels me to believe in Yeshua the Messiah? In this article that originally
appeared in Hebrew in Edut LeYisra’el, volume 5, number 3 (1895), Aharon Bernstein, who was born as the only son of a pious Jewish family in Skalat, Galicia, and who became a disciple of Yeshua in his early twenties, defends his faith in Yeshua.

An exciting new Vine of David biography about one of Messianic Judaism's founding fathers. Part 5: Bram: The Life and Wisdom of Messianic Jewish Pioneer Abram Poljak in His Own Words.