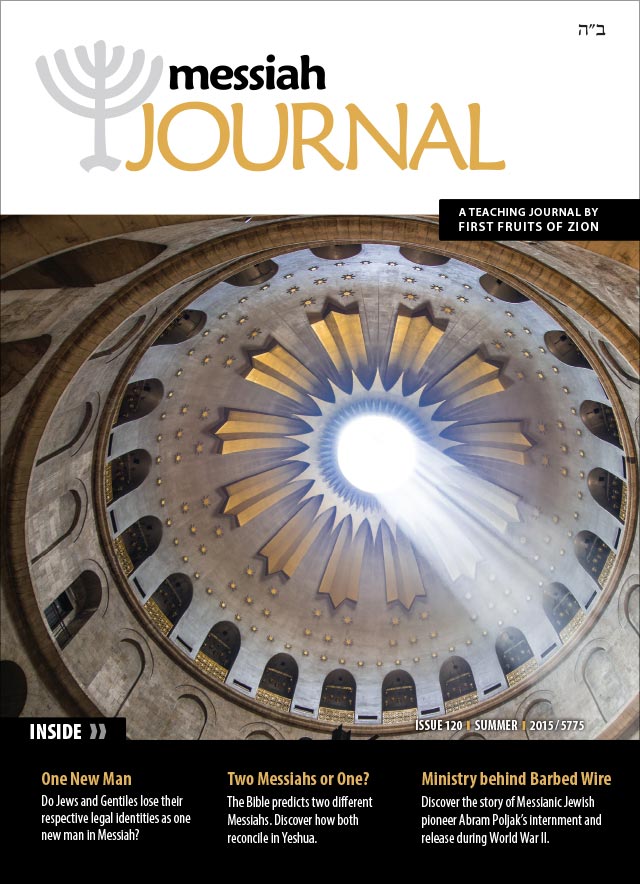 The Ger Toshav—Residing within Israel

Within the land of Israel, the ger toshav (stranger) was provided a place to dwell that was both beautiful and free from foreign attack and influence. There have always been people who wished to sojourn with Israel without becoming Jewish. How has their role been previously defined in Judaism? How can that inform us today?

The story of how two messiahs became one Messiah. From where did Judaism derive the idea that there will be two messiahs? The idea sounds completely heretical to Christian ears, but the story of Jacob’s marriage to two sisters reveals the potential for not just one but two messianic kings. In this article we will look at the passages that contain this story to understand the source behind the rabbinic concept of two messiahs.

In part 6 of this series on the a study of the theological building blocks of the Protestant Reformation, Jacob Fronczak discusses the usefulness of the Five Solae in developing Messianic Jewish theology. Previously in this series, we explored the fundamental problems with the doctrine of sola scriptura, sola fide, sola gratia, and solus christus as they are commonly understood by modern Protestant Christians. Refer to Messiah Journal #111, #112, #113, #115, and #116.

One New Man—Analysis and Implications

In Part 2 of 2 in this analysis of “one new man” in a biblical context, David Woods asks whether Jews and Gentiles are supposed to shed all former identity markers when they come to faith in Messiah?

In part two of this three-part series, Carl Kinbar discusses how the generational nature of the promises to Isaac are worked out in modern times. This series is inspired by the thought of Abraham Joshua Heschel, a shining light of Judaism in the second half of the twentieth century. Heschel was driven by an extraordinary passion for God and a concern for humanity, both of which were evident in his prophetic role among Jews and Christians.

The Days of Messiah and the World to Come

An excerpt from the nineteenth-century work of Rabbi Yechiel Lichtenstein, Limudei HaNevi’im, (“Teaching of the Prophets”). In 1869, after twelve years of hard work, Lichtenstein published his work Limudei HaNevi’im. Franz Delitzsch called this work “the most scholarly and curious work, which a Jewish-Christian had written.” Limudei HaNevi’im is Lichtenstein’s attempt to combine the Jewish mystical teachings of the Kabbalah with the New Testament.

An exciting new Vine of David biography about one of Messianic Judaism's founding fathers. Part 6: Bram: The Life and Wisdom of Messianic Jewish Pioneer Abram Poljak in His Own Words.

Spring Reading, a review of three biographies of the Lubavitcher Rebbe