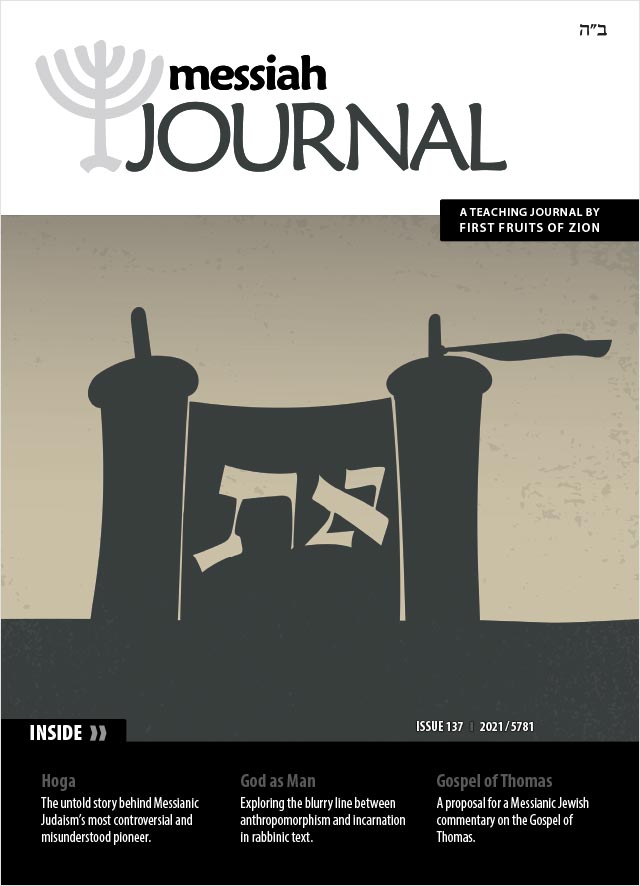 Boaz Michael shares Abram Poljak's vision for breaking the ineffective pattern for proselytizing the Jewish people to convert to Christianity. He lists and explains the seven steps that must happen before Yeshua will be accepted as the Messiah and how that compares to the mission and vision of First Fruits of Zion.

Toby Janicki introduces Messianic Jewish pioneer Stanislaus Hoga to the world. This controversial figure has long been forgotten, but his contribution to bringing his Jewish brothers to the knowledge of the Messiah is priceless.

The Controversy of Zion

Republished for the first time in 170 years, we have included an excerpt of Stanislaus Hoga's epic and controversial book about Judaism and Christianity.

Point of No Return

Aaron Eby takes us through the gospel story of the occasion when Yeshua cursed the fig tree on the way into Jerusalem during his last few days on earth. His conclusions clarify the meaning behind the strange episode.

The Jewish Gospel of Thomas

First Fruits of Zion's writers Daniel Lancaster, Aaron Eby, Toby Janicki, and Sheldon Wilson offer a glimpse into the Coptic Gospel of Thomas. Pledging to look at it based on its merits, they search for hidden clues to find sayings of the Master not commonly considered authentic. They provide Messianic Jewish commentary on some of the difficult sayings contained in the ancient manuscript attributed to the disciple Thomas.

When God Shocked the Righteous

Jeremiah Michael unwraps the mysteries of Jewish thought surrounding anthropomorphism and incarnation as it relates to the Christology of the disciples of Yeshua and the writers of the New Testament. He brings to light the similarities and emphasizes that a Jewish reading of the Apostolic Writings reveals a close relationship with thinking of the early sages regarding the Messiah.