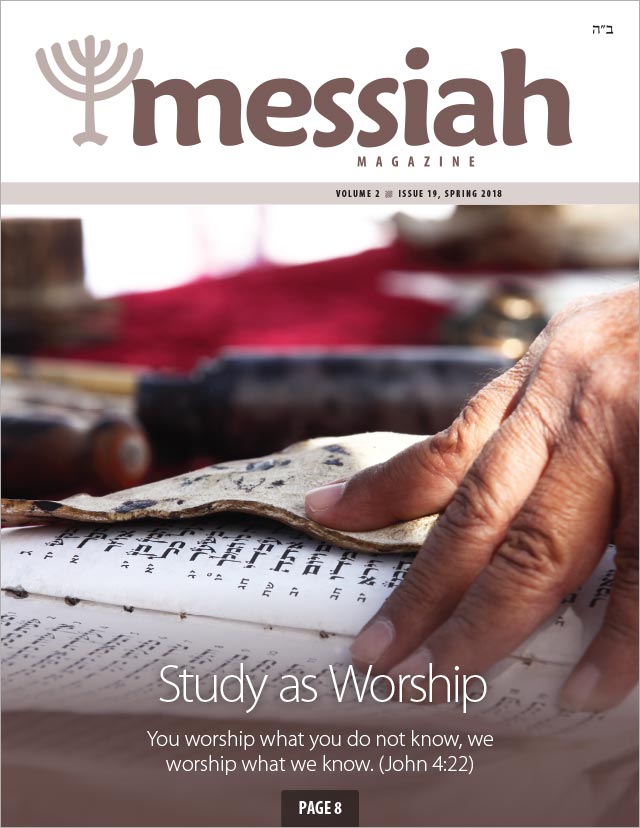 This month we are introduced to Matt from Michigan and Shlomit from Colorado.

The Old City and the Hurva Synagogue are featured this month with beautiful pictures and interesting commentary.

The Highest Form of Worship

Boaz Michael explores the commandment to study the Torah and the Jewish idea that there is no greater way to worship God than to study his word.

The Stone the Builders Rejected

D. Thomas Lancaster digs deeply into the Scriptures that refer to builders and stones to explain the apostles' understanding of Yeshua as the "stone the builders rejected."

This issue introduces the good work of Evan Levin and his wife to bring aid to Israelis in need.

Jeremiah Michael writes about the story behind the Purim holiday and some of the traditional ways to celebrate the miraculous preservation of God's people.

During Israel's struggle for independence, many communities were under relentless assault. Here is the story of one of them and how the members exhibited fearless resolve in the face of attack.

The Art of Selflessness

Toby Janicki talks about the cost of discipleship and what it really means to love God with all of our hearts, souls, and strength.

The common adage known as the "Golden Rule" has sometimes been used to boost the argument that the Torah has been canceled. Toby Janicki presents evidence that Jesus wasn't adding anything that wasn't already common thought in the Jewish community.