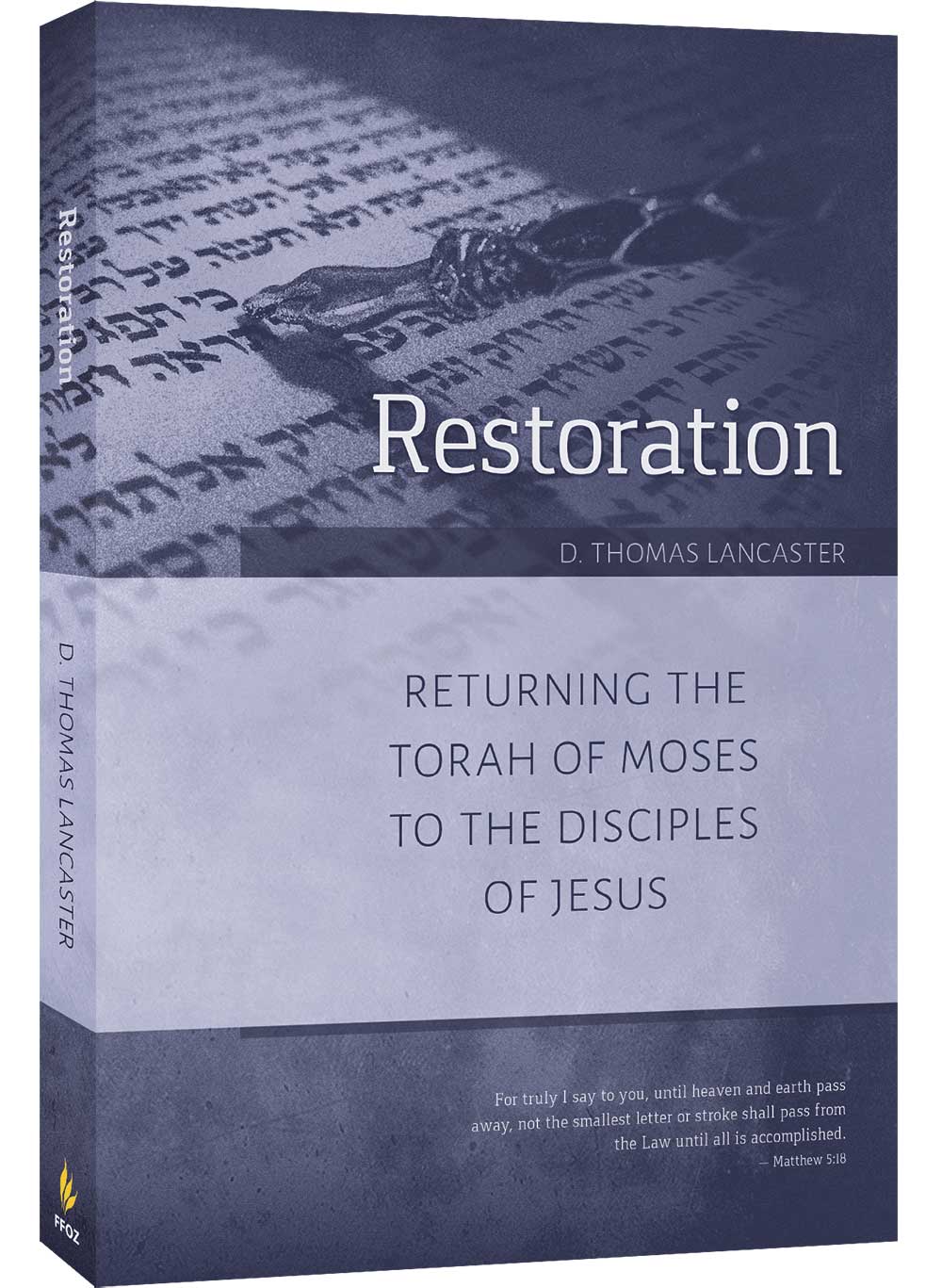 Returning the Torah of Moses to the Disciples of Jesus

First Fruits of Zion released the first edition of Restoration in 2005. We wanted an easy-to-read book that could introduce readers to the ideas behind Messianic Judaism and the Jewish Roots movement in Christianity. Since then the book has sold through several printings and impacted many lives.

This new 2016, tenth anniversary edition, contains three new chapters of material and an appendix. The new material explains how the Torah applies to Gentile believers in Jesus by exploring New Testament teachings on the subject.

Torah is also for Christians. Biblical Christianity was originally a sect of Judaism that believed in Jesus and revered the Torah (Genesis, Exodus, Leviticus, Numbers, and Deuteronomy) as the core of her Scriptures. Restoration is a riveting argument for a return to that original, biblical expression of faith in Jesus.

Discover for yourself the profound beauty of Torah life, the cele-bration of the biblical Sabbath, and the appreciation of God's holy festivals. Your eyes will be opened to another dimension of the faith that is beginning to re-emerge among Christians worldwide.

Lancaster answers common theological objections to the Torah while demonstrating that Christians are already keeping more of God's Law than they realize. This thought-provoking, theological boat-rocker is a fun-to-read, inspiring journey into the world of the Bible.

This book is amazingly enlightening if you are seeking an overview of why the Jewish ways of the Bible are central to your walk. There is every reason to get this book. I love how it explains the biblical festivals and how they correspond to understanding the Word. Love, love, love this!!! It's difficult to put his book down.
Candace Nov 5, 2016, 02:07 PM
Write a review