The Siege of Jerusalem, Book 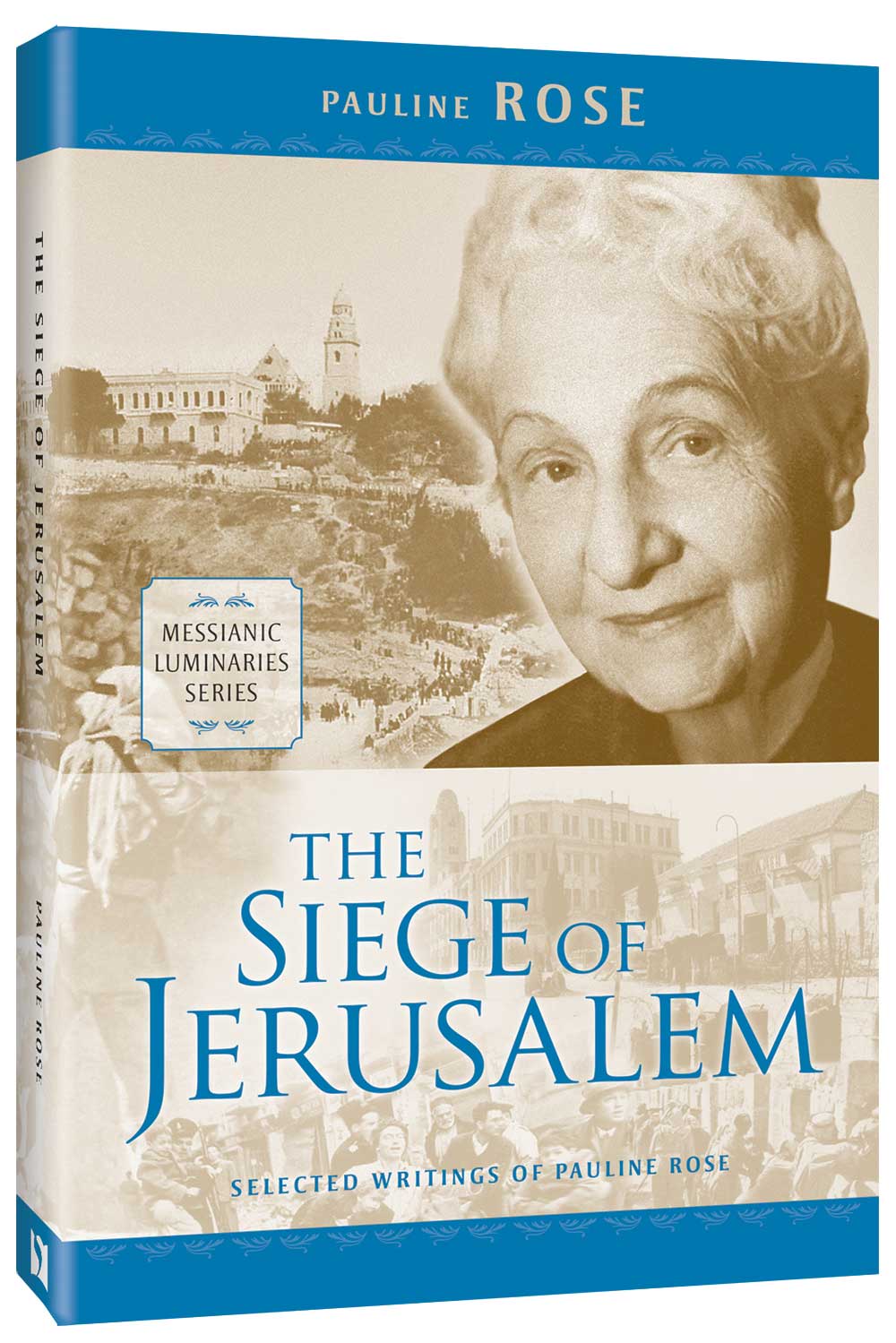 The Siege of Jerusalem tells the story of one woman on a heroic mission in the Holy Land during the dangerous days of Israel's War for Independence. Pauline Rose, a mother of the Messianic Jewish movement in Israel, tells the dramatic story of how she came to the holy city to ignite the Sabbath light of Messiah in the midst of bullets and bombs.

God gives a promise, a vision; however, if we do not have the faith to wait for its fulfillment, we also perish. Perhaps we will have to wait until the end of our lives; perhaps we will not experience the fulfillment at all in this world; but through faith we know this: God will truly accomplish all that he has promised and allowed us to see. (Pauline Rose)

In 1948, Arab forces closed the supply routes to Jerusalem, hoping to starve out the Jewish defenders of the city. Simultaneously, the Arab Legion attacked, driving the Jews from the Old City and turning their artillery against the new Jewish settlements. The Jews of Jerusalem were outmanned and outgunned.

Pauline Rose, the “Lady of Mount Zion,” is a heroine, pioneer, and matriarch to the modern Messianic Jewish movement. Her book, The Siege of Jerusalem, relates her own firsthand experiences, suffering along with the beleaguered population of Jerusalem in 1948. She tells the inspiring story of how she navigated through bombs and bullets to bring the light of Messiah to her fellow Jews in that desperate hour. The story takes a dramatic turn as she describes her abduction and interrogation by the terrorists of the Stern Gang, and she tells about how her hope in the Messiah carried her through war and chaos.

Born in South Africa, Pauline Pesyah Rose (ז״ל) filled her early years with a variety of occupations ranging from piano playing to water-colour painting and professional dressmaking. During World War II she and her husband cultivated land intended for a building site and created a farm that was to become famous for its exotic vegetables, fruits, and flowers, some grown in England for the first time.