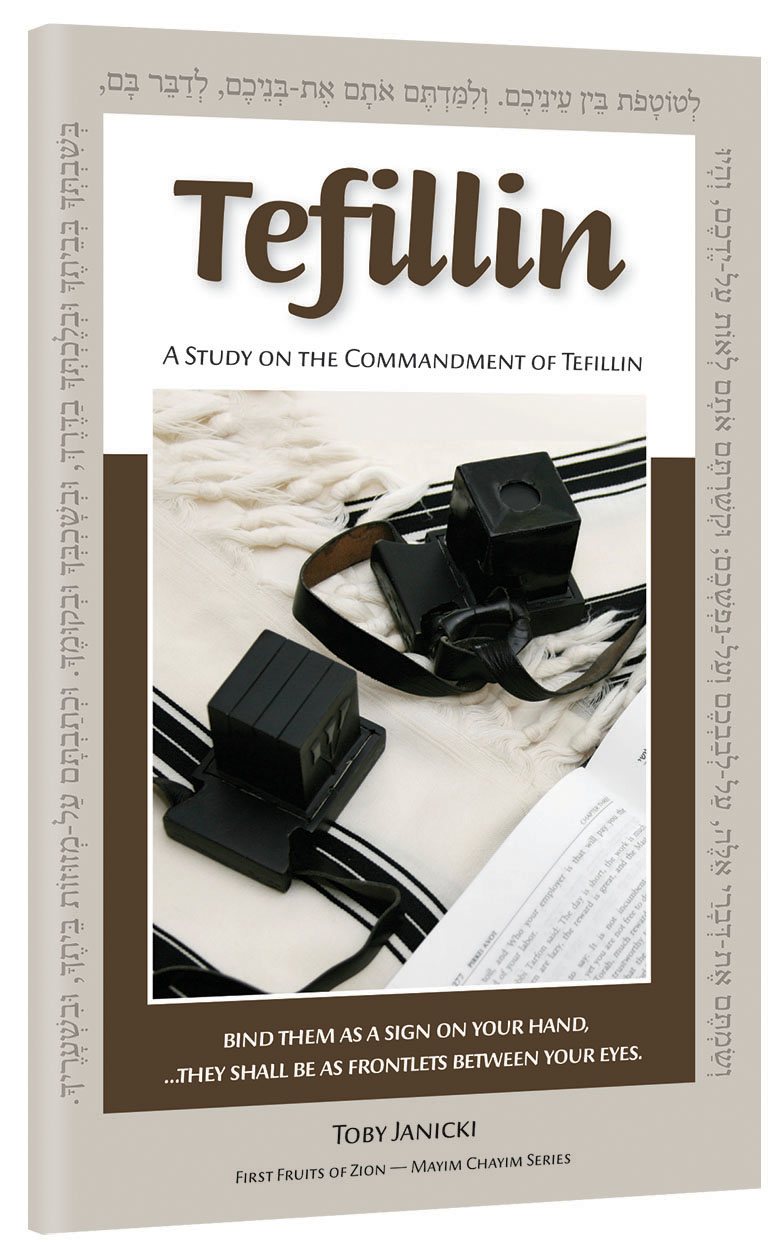 A Study on the Commandment of Tefillin

Is the mitzvah of binding the commandments to hand and head to be understood literally? Should believers wear tefillin? Did Yeshua wear them? Learn about the history and symbolism of the sacred commandment of tefillin. Janicki examines the Master’s perspective on the subject and looks into the origin of the practice. An eye-opening, in-depth introduction to one of the most sacred rituals in Judaism and a thorough study of the subject from a Messianic perspective.

Contains various tefillin illustrations, and details about portions that are placed inside the tefillin.

This book is not meant to be the final authority on the subject, nor is it meant to condemn Jews who do not wrap tefillin or who interpret the commandment metaphorically. Each person interested in the subject must study the information for themselves with the leading of the Spirit.

Enjoy learning about the meaning of the ritual!

The appendix includes chapters "Tefillin in Archeology", taking a look at discoveries of tefillin parchment fragments that date back to the early centuries CE, and concludes with "Tefillin Blessings", detailing the Hebrew blessings said during the ritual of laying on tefillin.