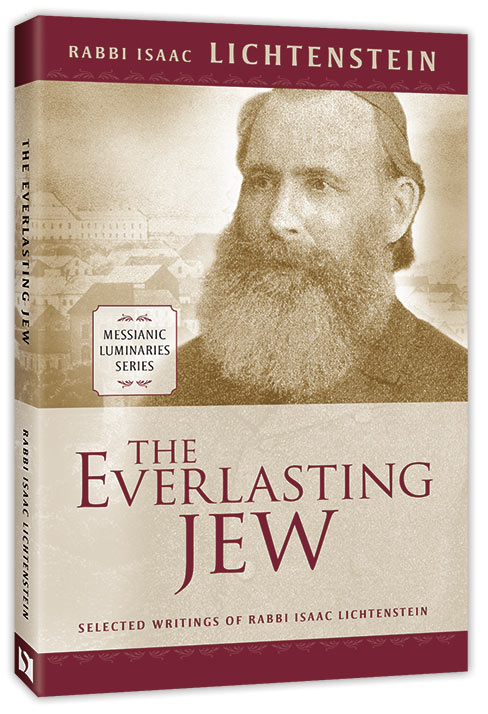 Rabbi Isaac Lichtenstein (1825–1908), (זצ״ל) served as a district rabbi in Tápiószele, Hungary when an encounter with the Gospel changed his life. He became an outspoken disciple of Yeshua of Nazareth, but he remained in his post as district rabbi for several years. Despite pressure from rabbinic authorities, Jewish believers, and Christian leaders, he could not be compelled to renounce Judaism or his devotion to the Torah.

Lichtenstein wrote a series of short booklets arguing for faith in Yeshua. He compared the teachings of Yeshua with those of the sages, and pleaded for acceptance as a Jewish believer within the Jewish community. His booklets received wide distribution in several languages, and he quickly became one of the most famous Jewish believers of the late nineteenth century. Today, he is regarded as a pioneer of the Messianic Jewish movement.

"When the day dawns, he will be no more Jacob, but Israel, the prince with God, who shall fight the battles of HaShem and His Anointed among the nations. The everlasting Jew … will become a witness for God and his Messiah, and to him all will give ear." (Rabbi Isaac Lichtenstein)