The Way of Life, Book 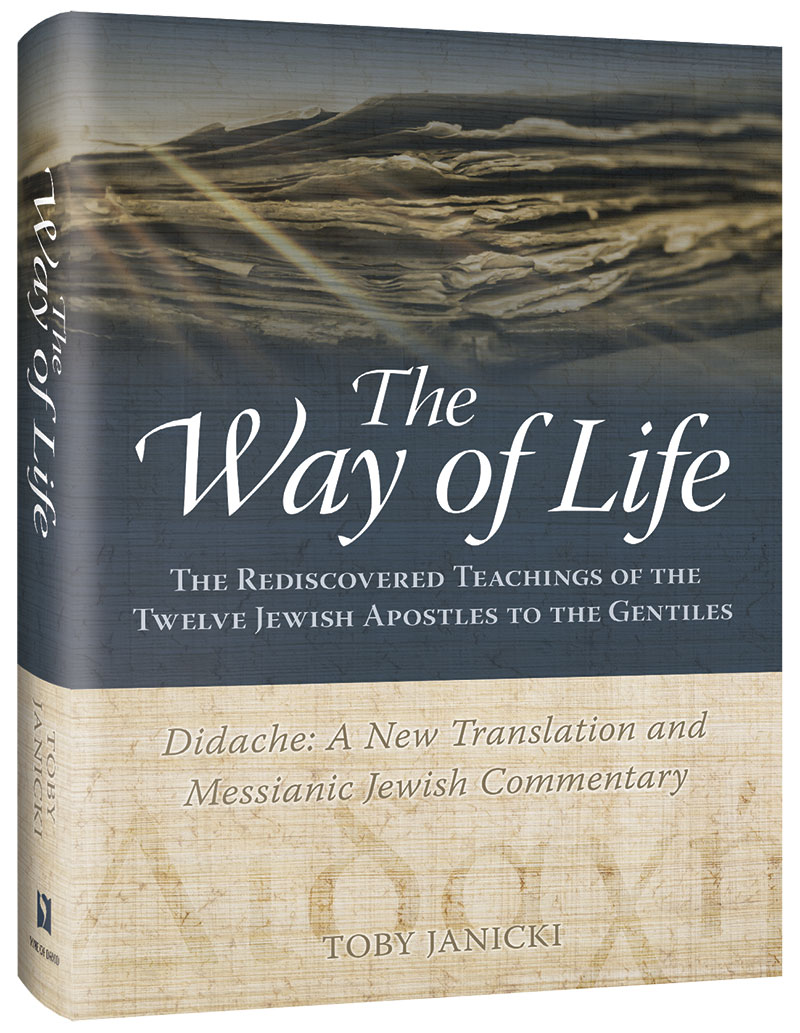 The Rediscovered Teachings of the Twelve Jewish Apostles to the Gentiles.

While there have been a plethora of commentaries on the Didache from Christian and even Jewish points of view, this is the first major work from a Messianic Jewish perspective. The Way of Life will benefit both Messianic Jews and Gentiles who desire to study the priorities and life of the earliest believers in Yeshua.

The Didache, also known as The Teaching of the Twelve Apostles, is a brief anonymous early treatise, dated by most modern scholars to the first century. It provides a window into the faith and practice of the earliest Gentiles disciples and the instructions they received from the Jewish apostles.

The Didache was considered an early discipleship manual for those coming to faith—its wisdom and simplicity are still relevant for us today.

The Way of Life is a new complete translation of the text, with an extensive Messianic Jewish verse-by-verse commentary. It exposes a historic and authentic Messianic Jewish faith expression for Gentiles that accepted the yoke of the Messiah.

In 1880 Greek Orthodox archbishop Philotheos Bryennios rediscovered the Didache in a monastery in Istanbul. The Didache enjoyed wide circulation in the early church and some even considered it canonical. Numerous church writers mention the text but somewhere around the fifth century the work disappeared. So when Bishop Bryennios found the book in 1880, the Didache had been missing for about 1400 years.

The Didache picks up right where the Apostolic Decree leaves off, teaching and clarifying for Gentiles their relationship to the Torah and place in Messianic Judaism. It was written by the early Jewish believers in Yeshua and contains teaching that claims to have its origin with the twelve apostles.

Some scholars feel its earliest version might have been written as early as 50 CE, which places it within the first generation of disciples of Yeshua. It may even contain material older than many of Paul’s epistles and the Gospel of John. It also contains teachings of Yeshua that are not found in the canonical Gospels.

The Didache offers us an incredible window into the daily life of believers at a time when Christianity still functioned as a sect within Judaism and not a separate religion. It shows us practical life in early Messianic Judaism.

The Way of Life, Features

Janicki’s work creates an indispensable resource for Messianic Jews and Christians from all spectrums and opinions within the Messianic Jewish Movement and the Jewish Roots Movements within Christianity. Clearly written and fully documented, this work will be of value to the scholar, clergy, and layman alike.

A one-stop-shop for those interested in Didache studies ... how early Jewish believers thought and how ancient Gentile believers were taught ... Janicki takes us to the primary source data, exposes us to modern research on that data, and tenders a Messianic Jewish commentary. Bravo!

An important addition to the library of anyone interested in the rediscovery of the Jewish roots of the Christian faith. I am delighted that this often-neglected work is newly available to the modern reader with fresh understanding, detailed notes, and a profound discernment of the discipleship issues that affect our faith and service to the Messiah of Israel and his people, both then and now.

The Way of Life : Preview

Didache Overview - What is the Didache